Yesterday, thousands of women in Switzerland took to the streets to demonstrate for equal rights. Here, I don’t want to repeat their arguments, because they have already articulated them better than I ever could.

Instead, I wanted to hit pause and think about a few key moments in my life that make me wholeheartedly support the cause all these people yesterday went to the streets for.

After my first year at university, I applied for an exchange program in India. The program connected students to NGOs that offer internships. A few months later I was on my way to a small town in rural India together with a fellow student. This is now almost 10 years ago but I will not forget how uncomfortable I felt about the role I was being put in just because of my race and gender. People seemed to naturally expect that I was an expert on the work the NGO did, only because of who I represent. While they wanted my “expert” opinion on a business plan for a community-managed garment unit (i.e. factory to produce clothes), my colleague, a woman, was often barely noticed or people expected her to take interest in other matters (such as cooking).

Why did I have to be an expert?

A different situation that I vividly remember is sitting in church perhaps five years ago and listening to mass. I sat there listening to the sermon without paying much attention (confession bear) when I suddenly realized that the pastor kept saying the words “he / father / lord” when referring to God. I could not believe that this had never occurred to me before, but apparently, our divine savior must be male.

Why couldn’t it be genderless?

Or the many questions I do not have to ask myself while using my comfortable male shoes such as: “Would I be willing to give up my family name when I marry?” Just a few weeks ago I discussed this question with a woman. She said, she would never want to give up her family name and I asked her why she had such a strong opinion on this. She then asked me, whether I would be willing to give up my name and my first reaction was: “Of course I would, I don’t think it’s such a big deal.”

But she kept on digging and asked, whether I would be willing to give up the name:
That is when it dawned on me that I had never actually given this much thought.

Why would I not have to ask myself such questions?

As a Side note: I subsequently argued that we should allow people to create new family names when they marry. Firstly, it would resolve this whole problem and secondly, it would be a lot of fun creating your name. Imagine the possibilities!

The list goes on but what I am trying to show is simple: Today, we are still far away from the just society I dream of, where everyone can be, who they really are (or at least whom they think they are, because, let’s be honest, who ever really knows?).

For me, the best thing then about this strike is not the strike (i.e. that single day) but the fact that we are having these conversations on equality and justice. For several months now, this has been in the media and more than once I had a conversation with someone on central issues such as equal pay or being able to reconcile work and having a family that I am sure would have never otherwise occurred.

So, where does this lead us?

Recently, I told a friend that I am starting to believe that the older I get, the more uncertain I become. The simple black and white, good and bad, just and evil world that I used to live in is falling apart and being replaced by ever more questions instead of answers.

At first, this thought scared me. I had always believed that surely by the age of thirty life would make sense and I’d know my place and standing in the world. I’d be a functioning cog in this great machinery. Now, the opposite seemed to happen. Everywhere I looked, instead of simple truths I found different shades of grey.

But today, waking up and feeling pumped from the energy that was in the air yesterday I realized that perhaps I was looking at it from the wrong angle. Perhaps, instead of grey, I should be thinking of colors.

My growing uncertainty is much more a representation of the fact that we are creating room for new answers and ideas to flourish. We are making space for other notions of a good life. Other interpretations of happiness.

The symbol of the movement that celebrates love, peace, and pride for all forms of (human) life and a reflection of all the colors of light. It is good to know that we are living in times where we are actively trying to create a colorful and just society for all of us.

How fitting then, that today Zurich Pride would follow yesterdays’ Frauen*streik.
English Gedanken

"Mr. Bensoussan is not with us anymore" 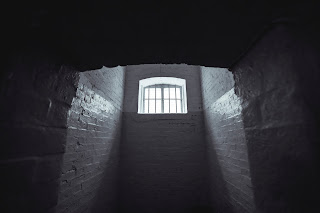 Photo by Jimmy Chan from Pexels Airport Penitentiary Zurich, how can I help you? Hi, this is Tobias Ochsenbein, I’d like to schedule a visit. Sure, who would you like to visit? I would like to visit Ahmed Bensoussan. Let me see, Ahmed Bensoussan. That is not possible, Mr. Bensoussan is not with us anymore. Since January, I have been part of a group of volunteers who visit people in pre-expulsion detention. Regularly, we visit those men and women who have requested a visit from one of us. Our motivation is to lend them an ear and show that there are still people out there who are aware of and empathize with them. While the name above is not real, the conversation is. I had been visiting this man since July and yesterday when I tried to schedule my next visit, this is the answer I got. All my visits end with such a call, without any information as to what has happened or where they have gone. What it usually means is that the government has succeeded in expulsing them to
Mehr anzeigen 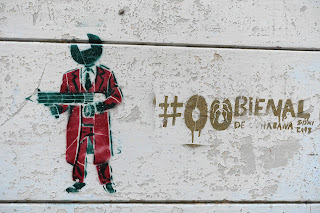